Mixed use masterplan integrating the iconic Wintergartenhochhaus, one of the tallest residential towers in Leipzig built in the 1970s.

Our shortlisted entry for this open competition consisted of three buildings, two residential and one office blocks, occupying three corners of the pentagonal site, following the parameters set by the existing masterplan and designed to meet DGNB (German Sustainable Building Council) standards. 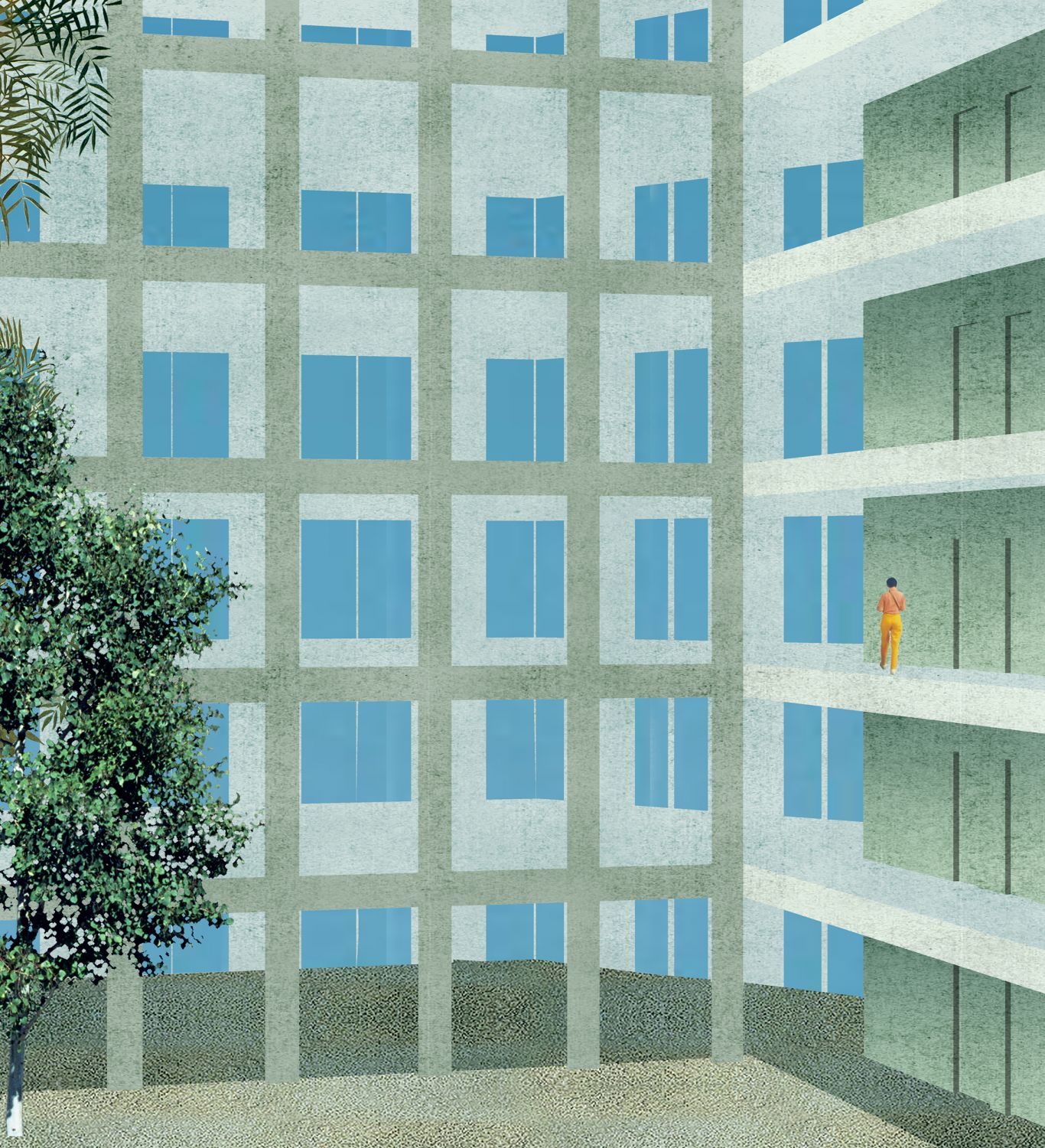 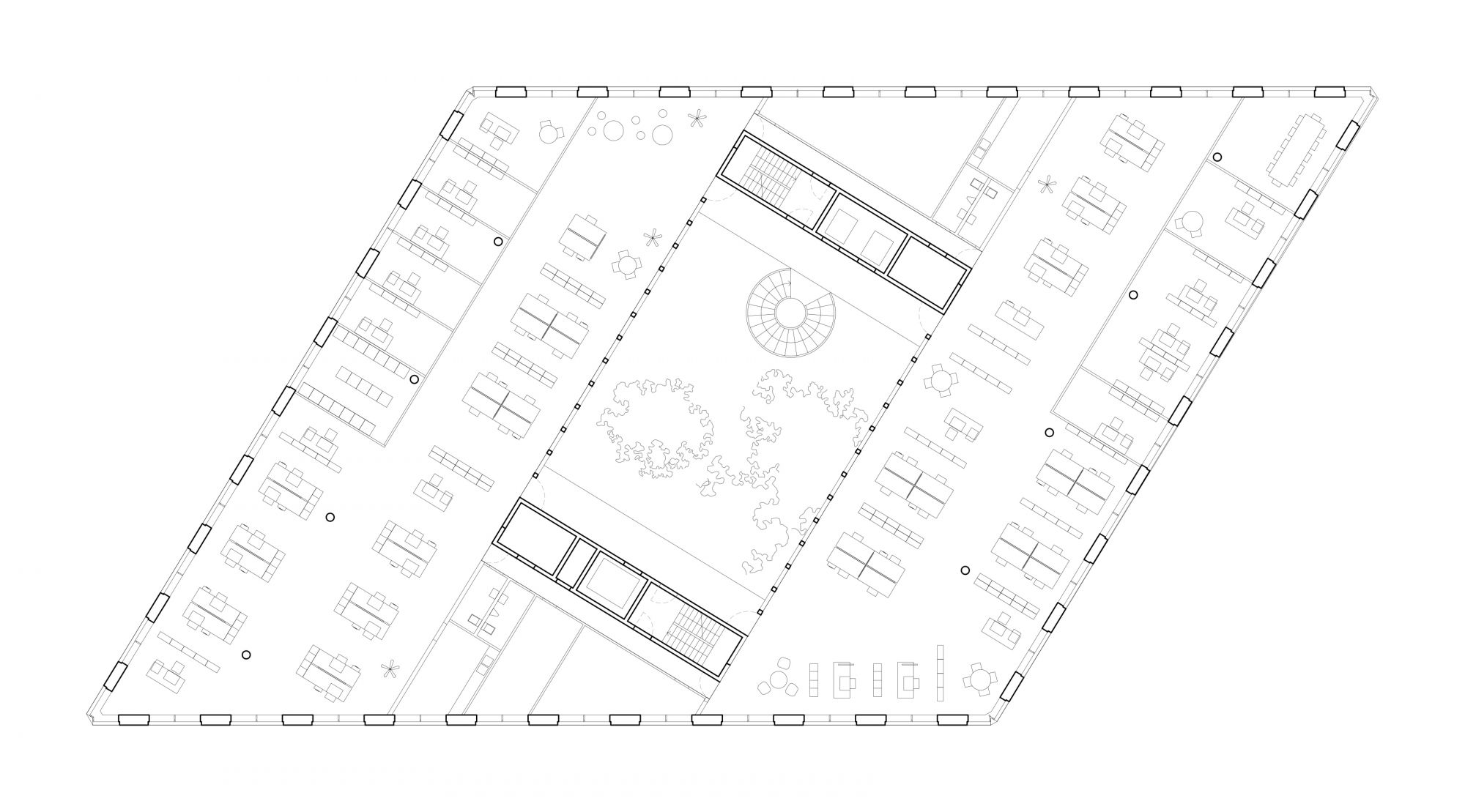 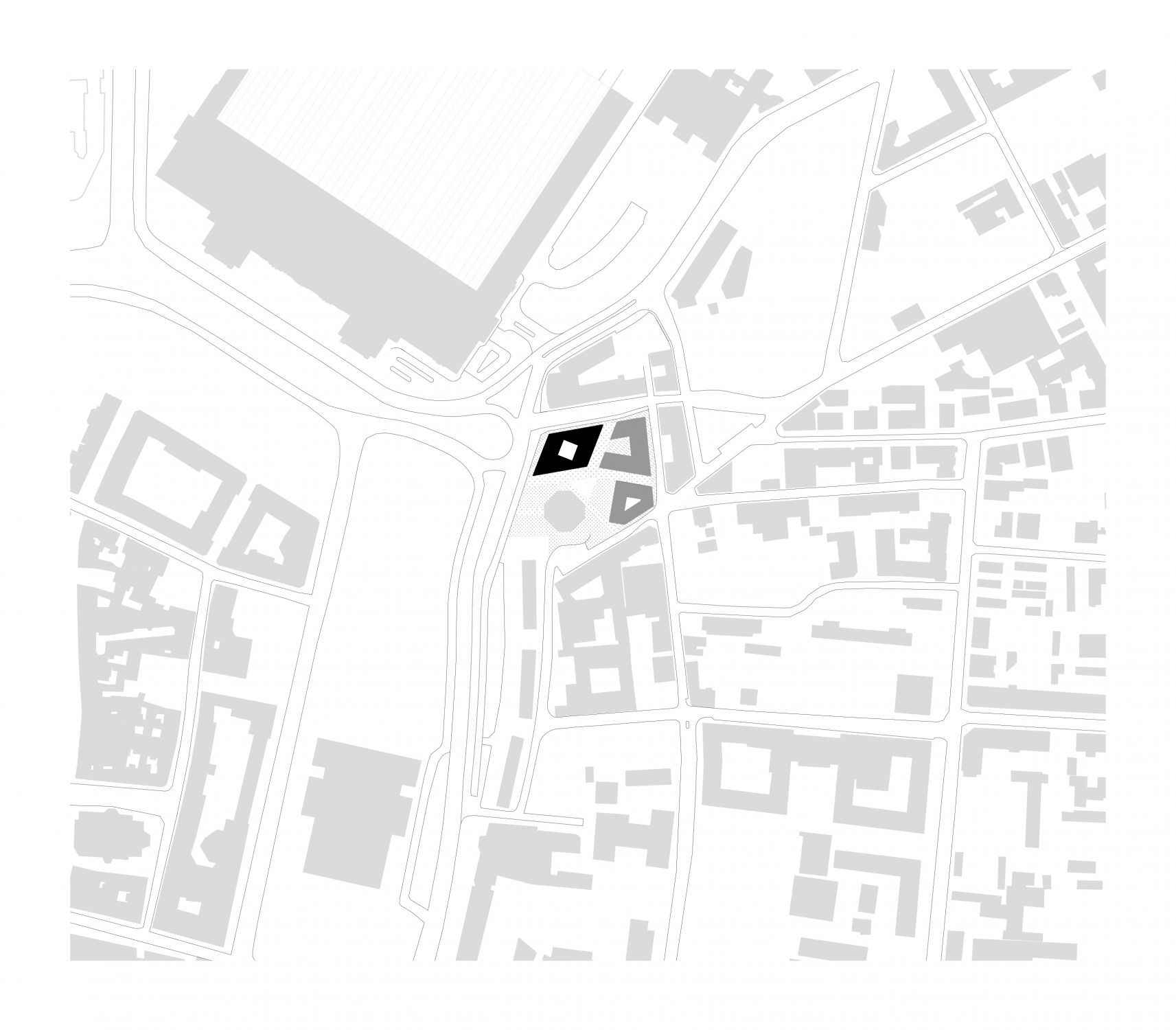 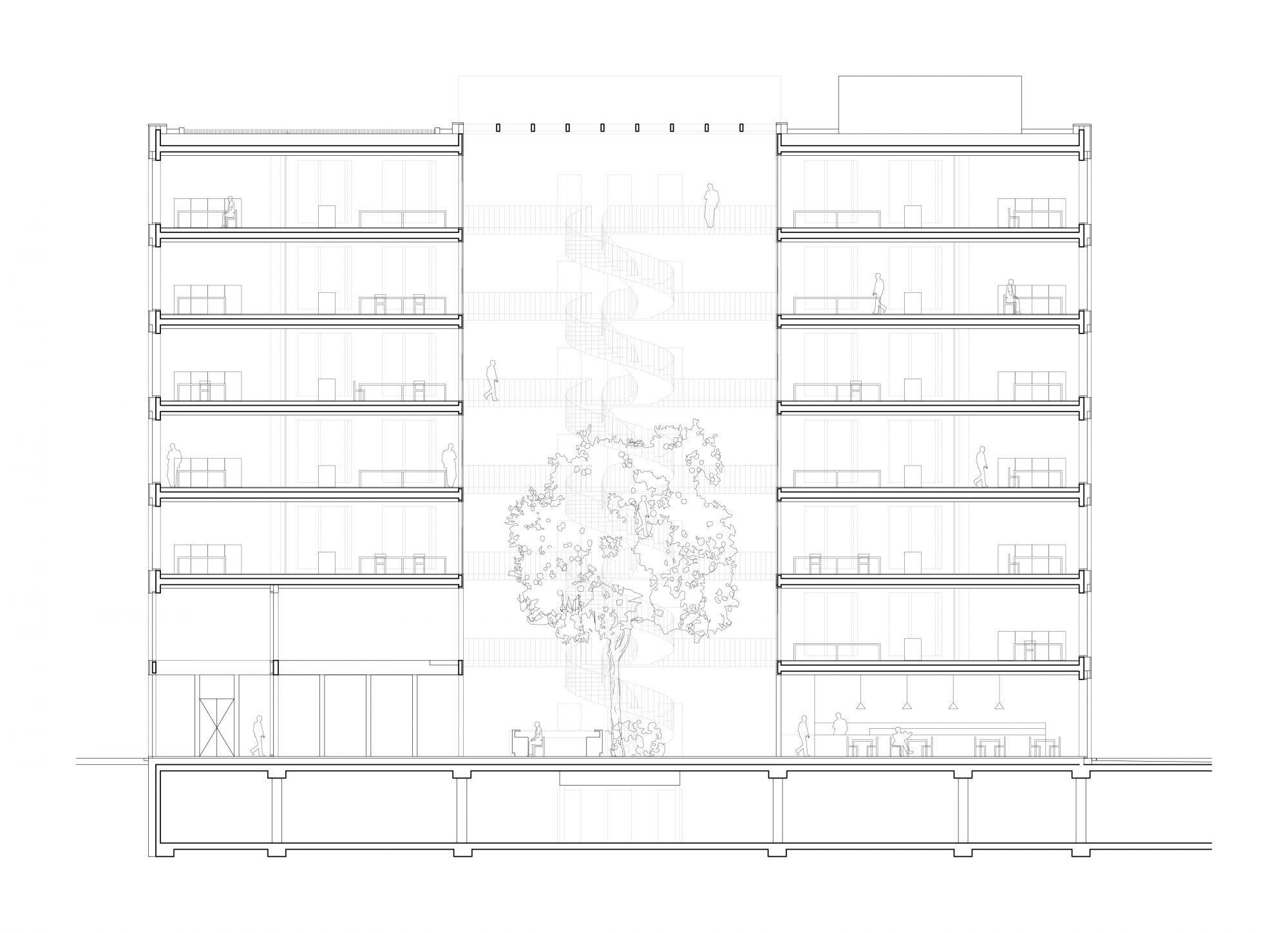 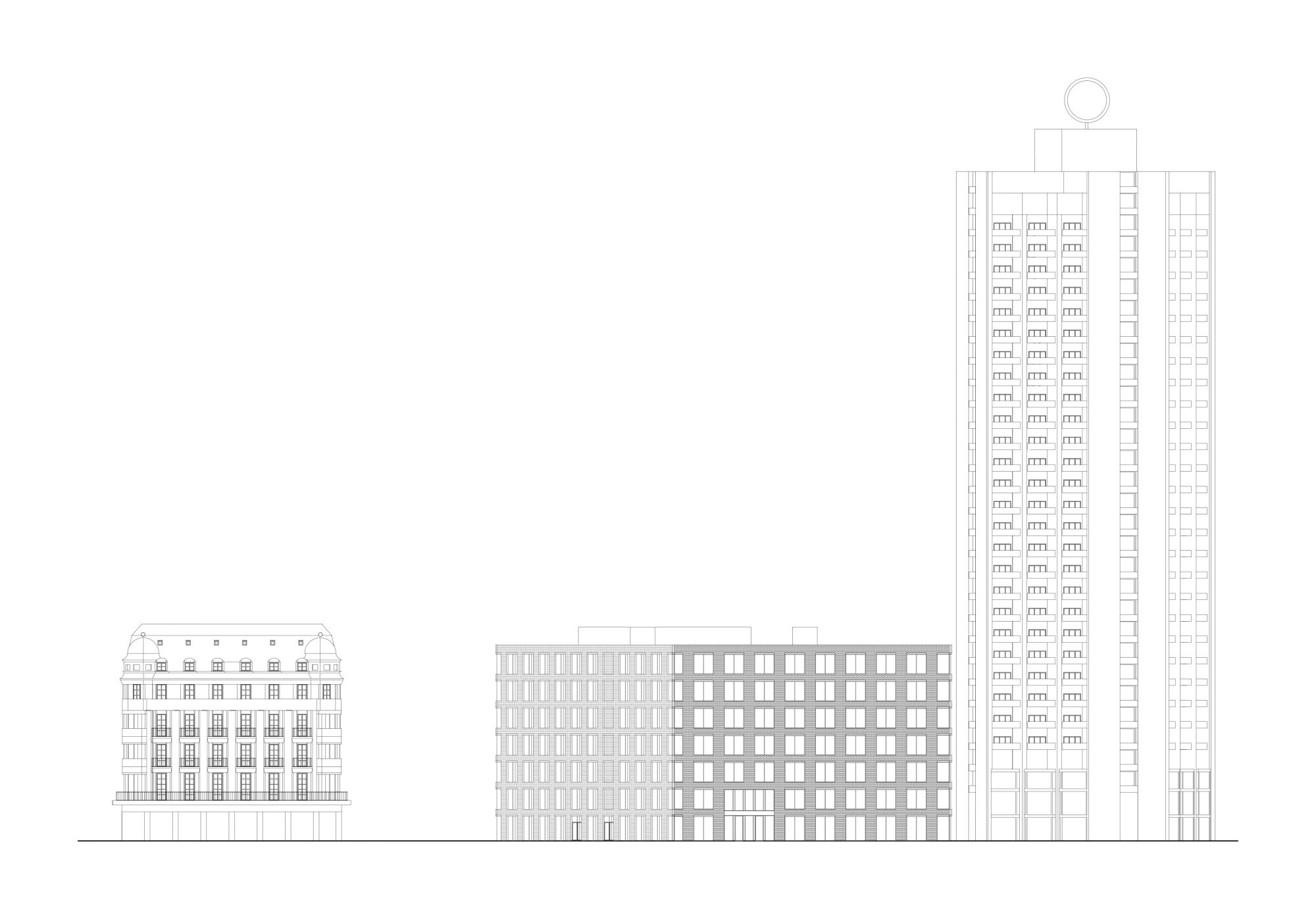 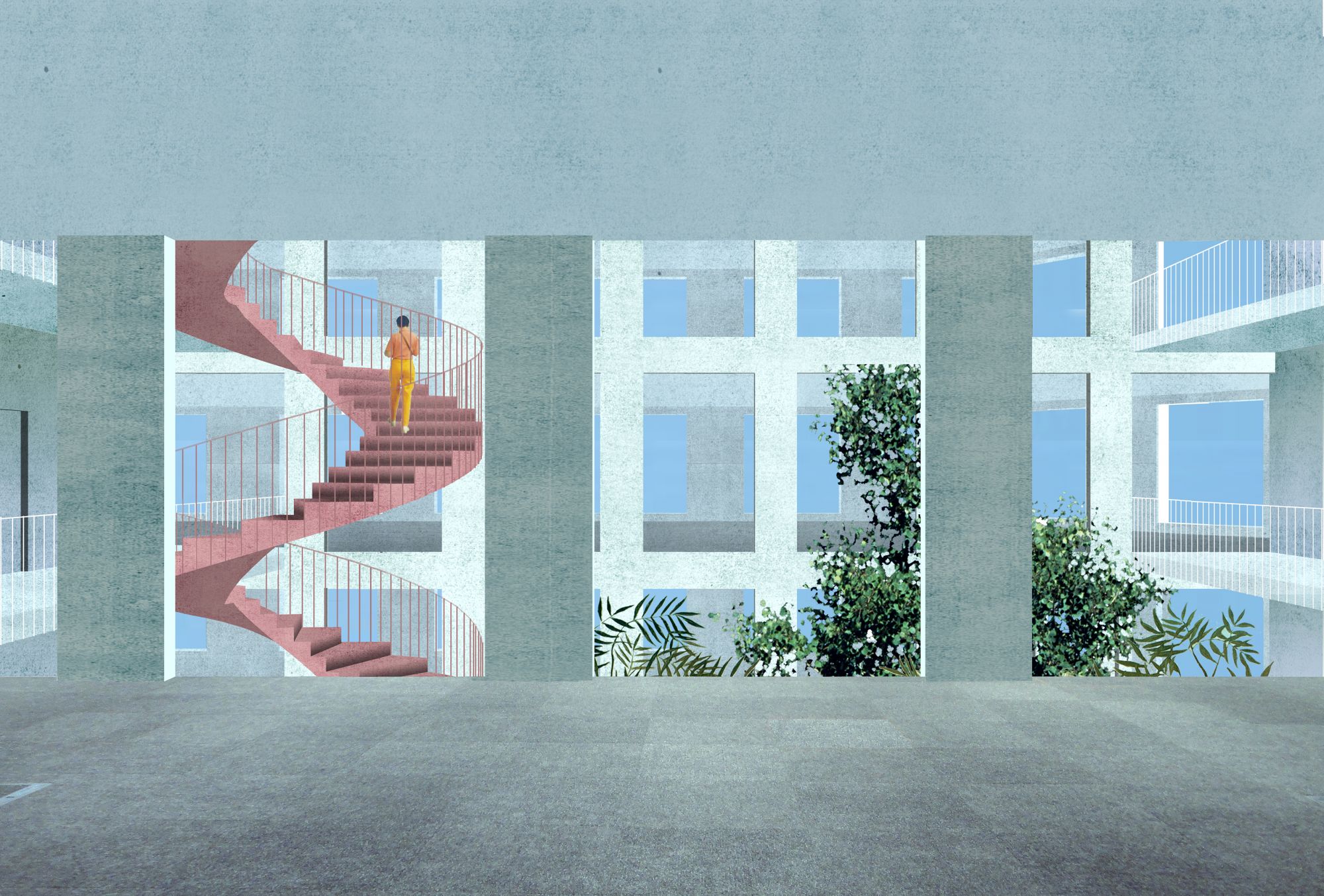 The proposal creates a clear street frontage along the northern and eastern perimeters, reminiscent of the street block that occupied the site prior to the second world war. The overall massing is broken down by a series of pedestrian walkways leading to a central public space. 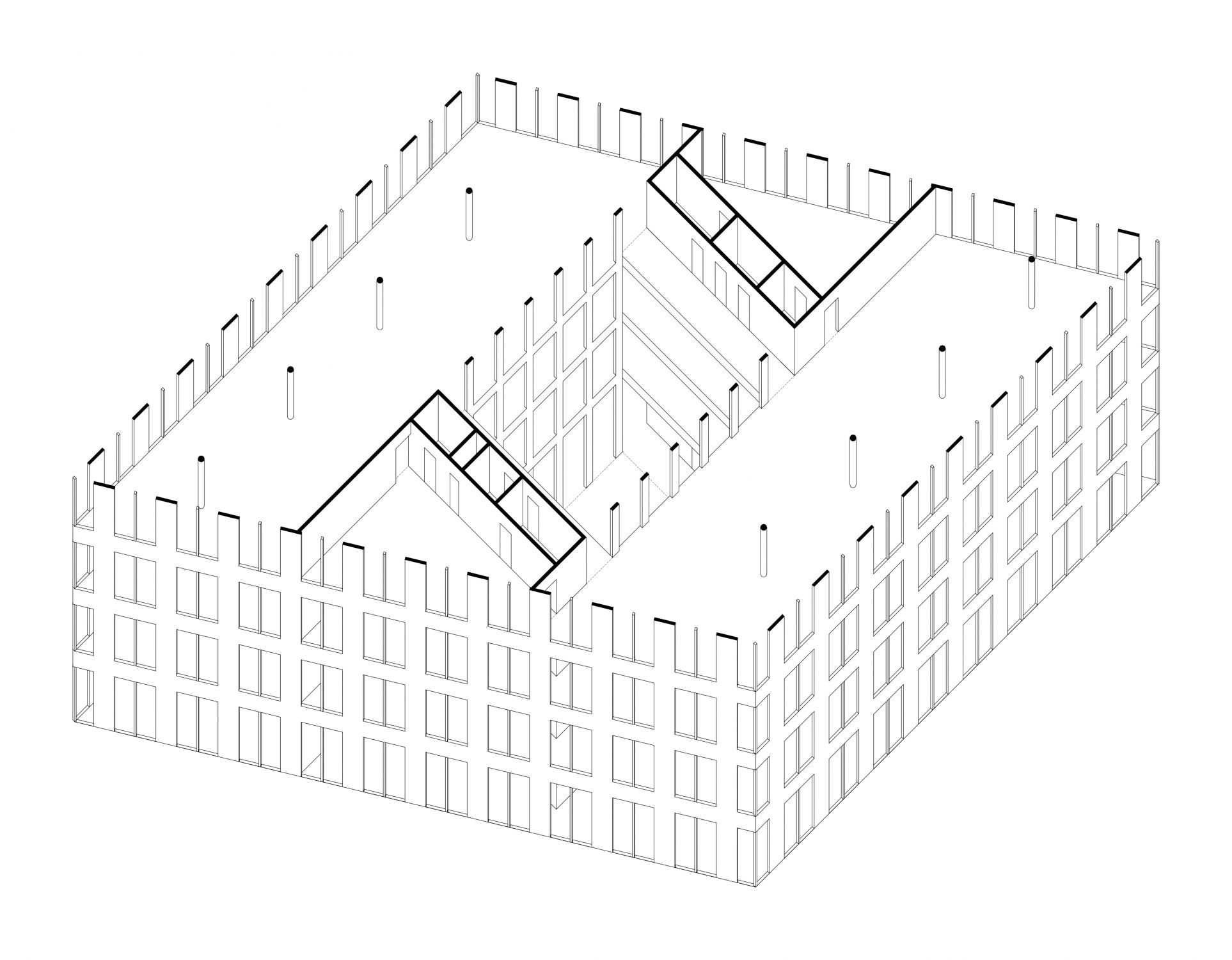 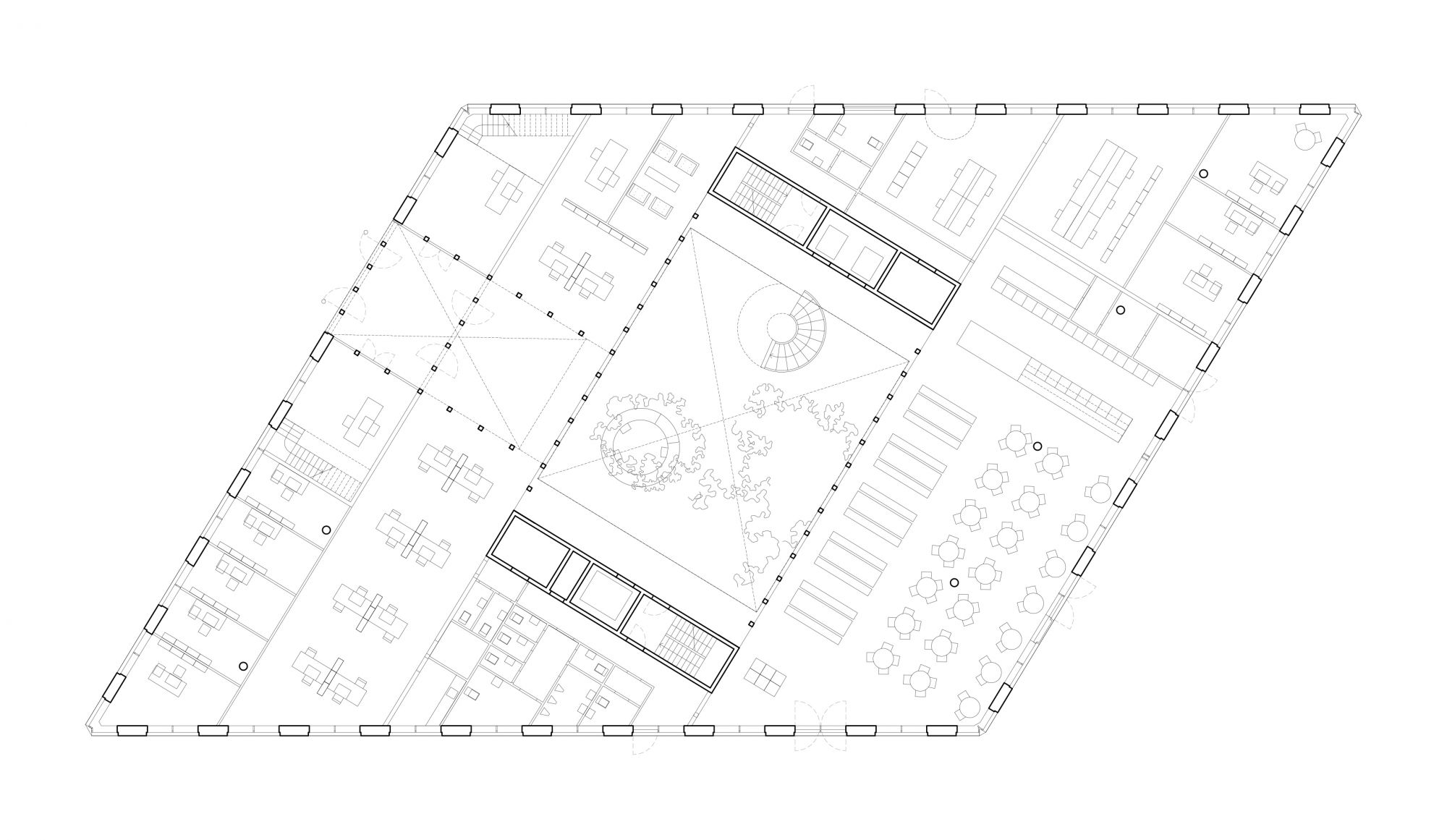 The office building has a parallelogram footprint with a square courtyard in the centre. From certain viewpoints the angled corners appear to flatten the façade while from other perspectives the building expresses its mass and presence.

Internally, the plan consists of three equal bays with circulation organised around the central courtyard space, which also provides the ventilation for the building. Two cores service the eastern and western open-plan office spaces. The resulting elongated office floors have views and natural light into every direction, while the subtle formal distortion of the spaces characterise the different zones.