As part of the Exhibition Design for the inaugural Sharjah Architecture Triennale we designed a new public square in front of the Al Jubail Vegetable Market, one of several venues of the Trienniale. In plan, a 145m long straight line is drawn from one side of the curved market facade to the other, cutting across parking spaces, streets, pavements and grass. This simple, but radical gesture marks a new public room in front of the market building. Elevated to the entrance level of the market, a platform is created that negotiates the space in between the Triennale venue and the main bus station in Sharjah that is located opposite the market. 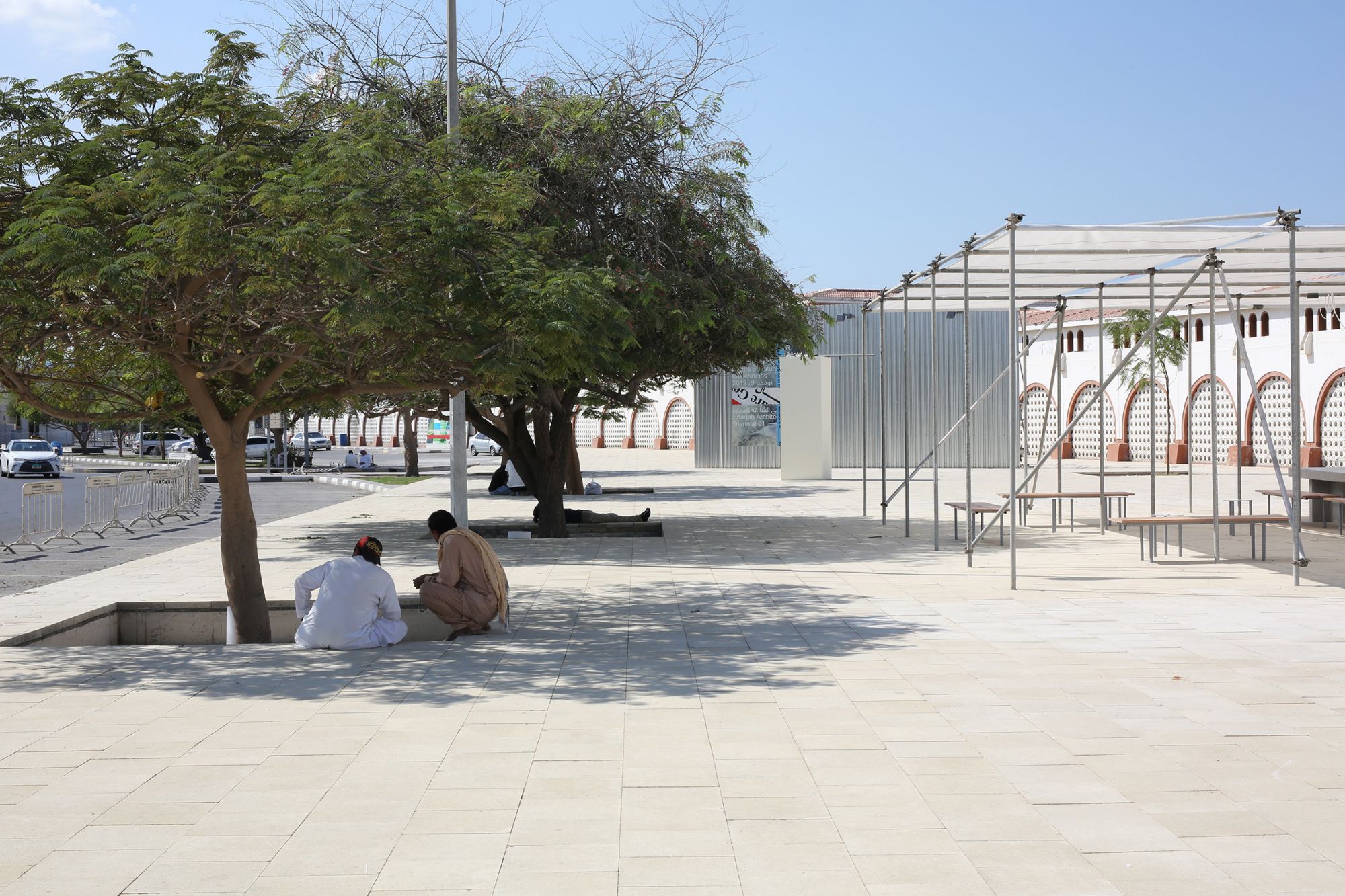 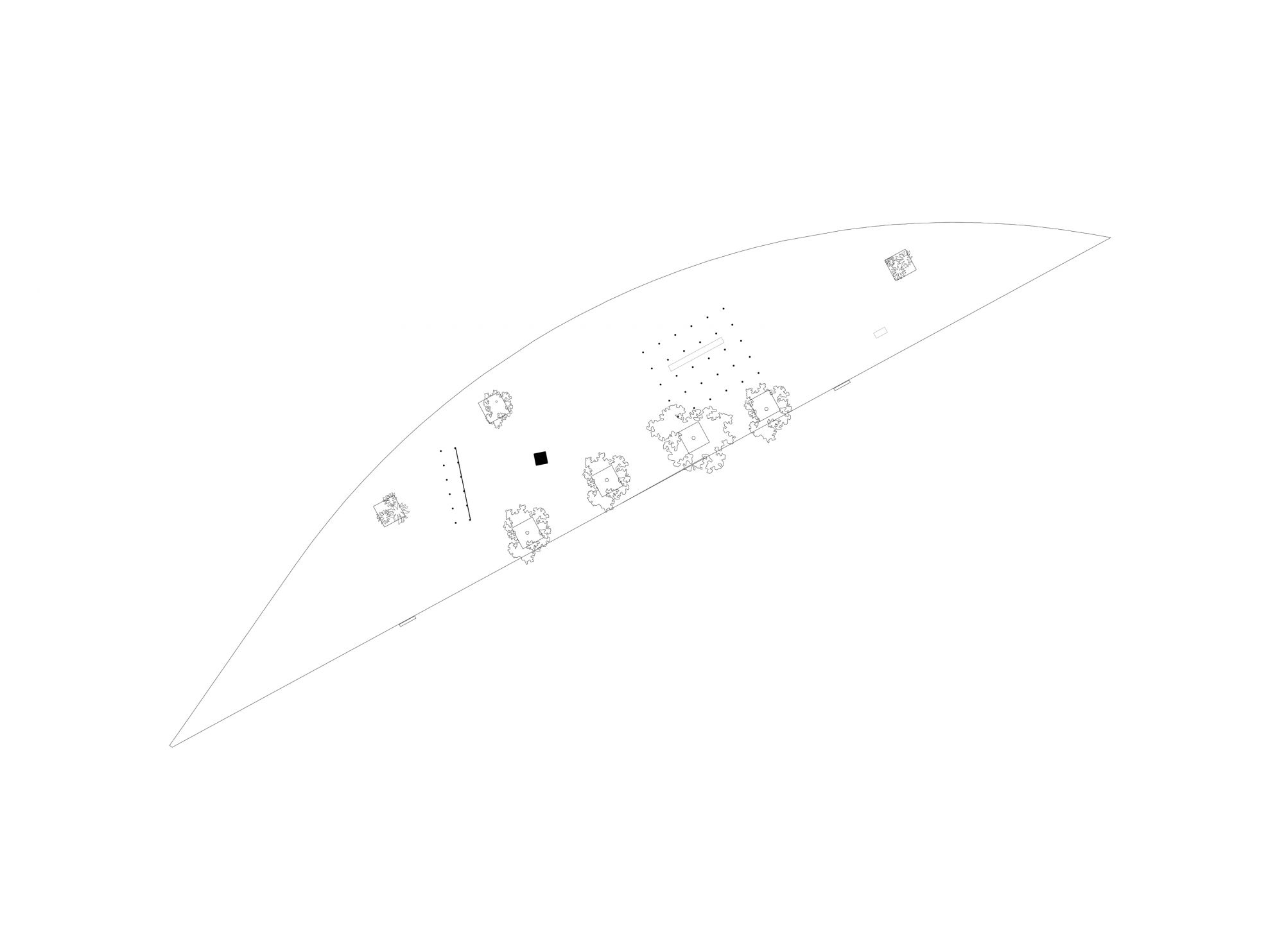 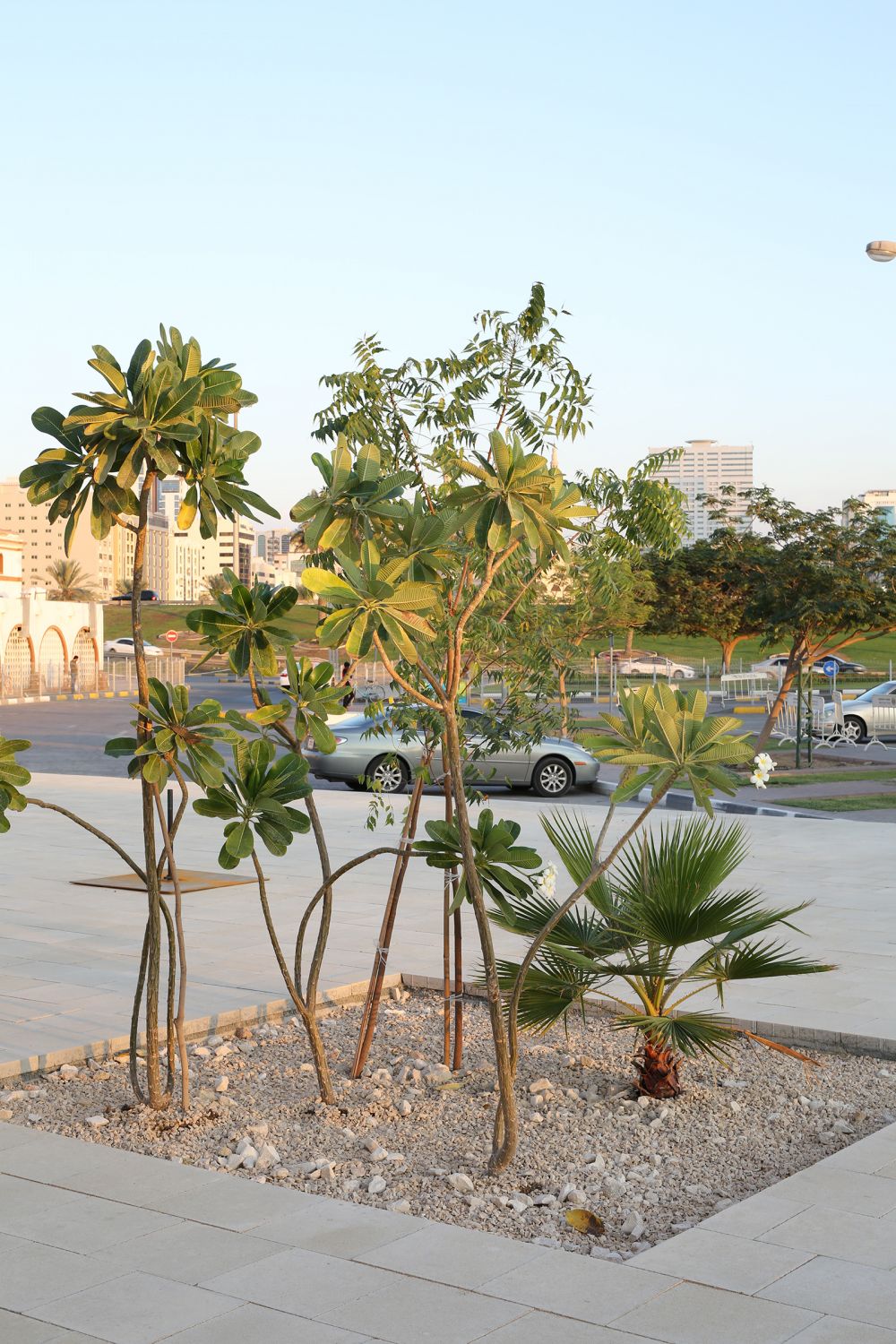 Public squares and trees are rare in Sharjah and act as important moments for rest and shade. During the day, people gather underneath the trees, while at night open spaces become exterior rooms used by young workers, kids and families. 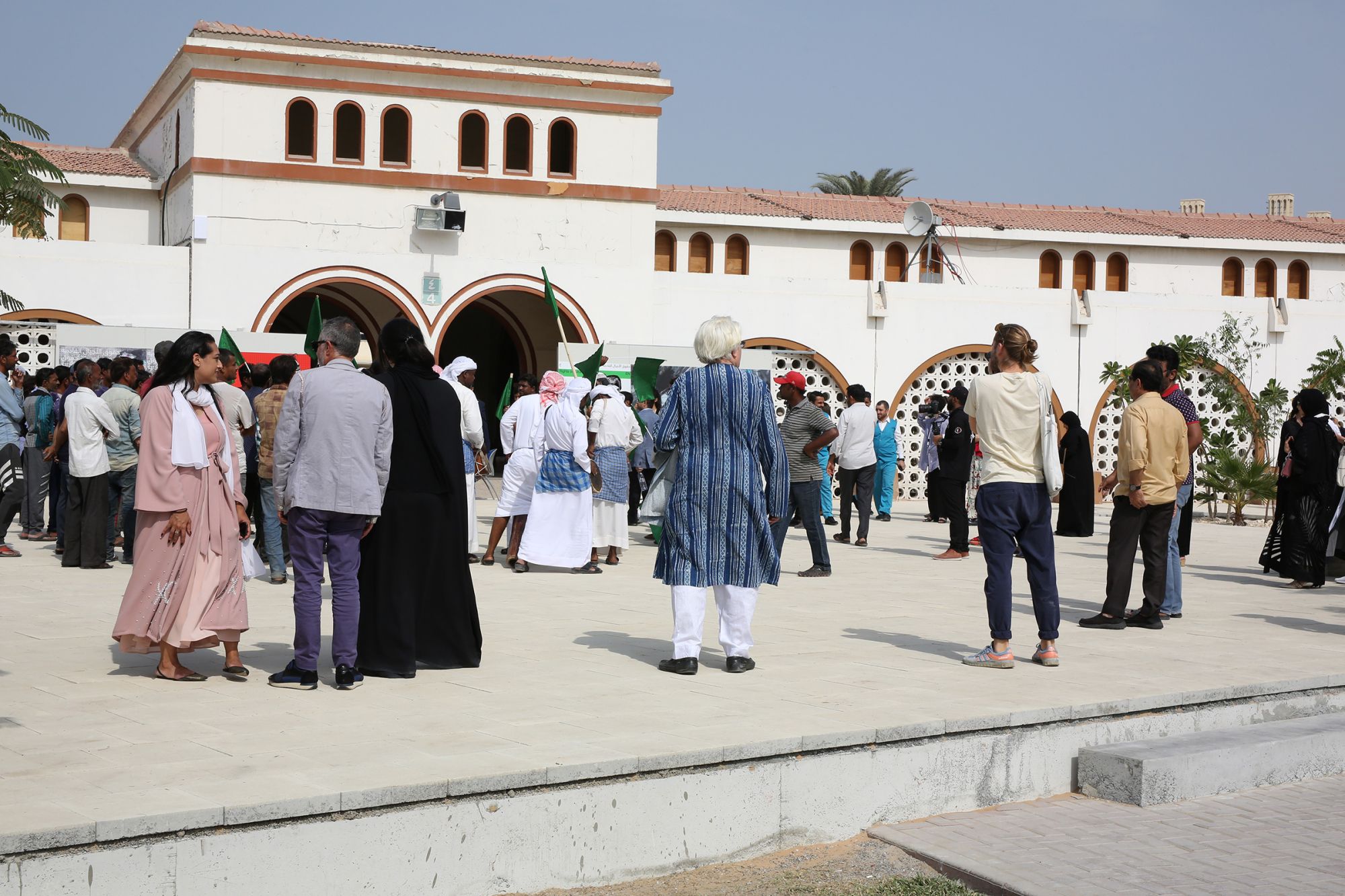 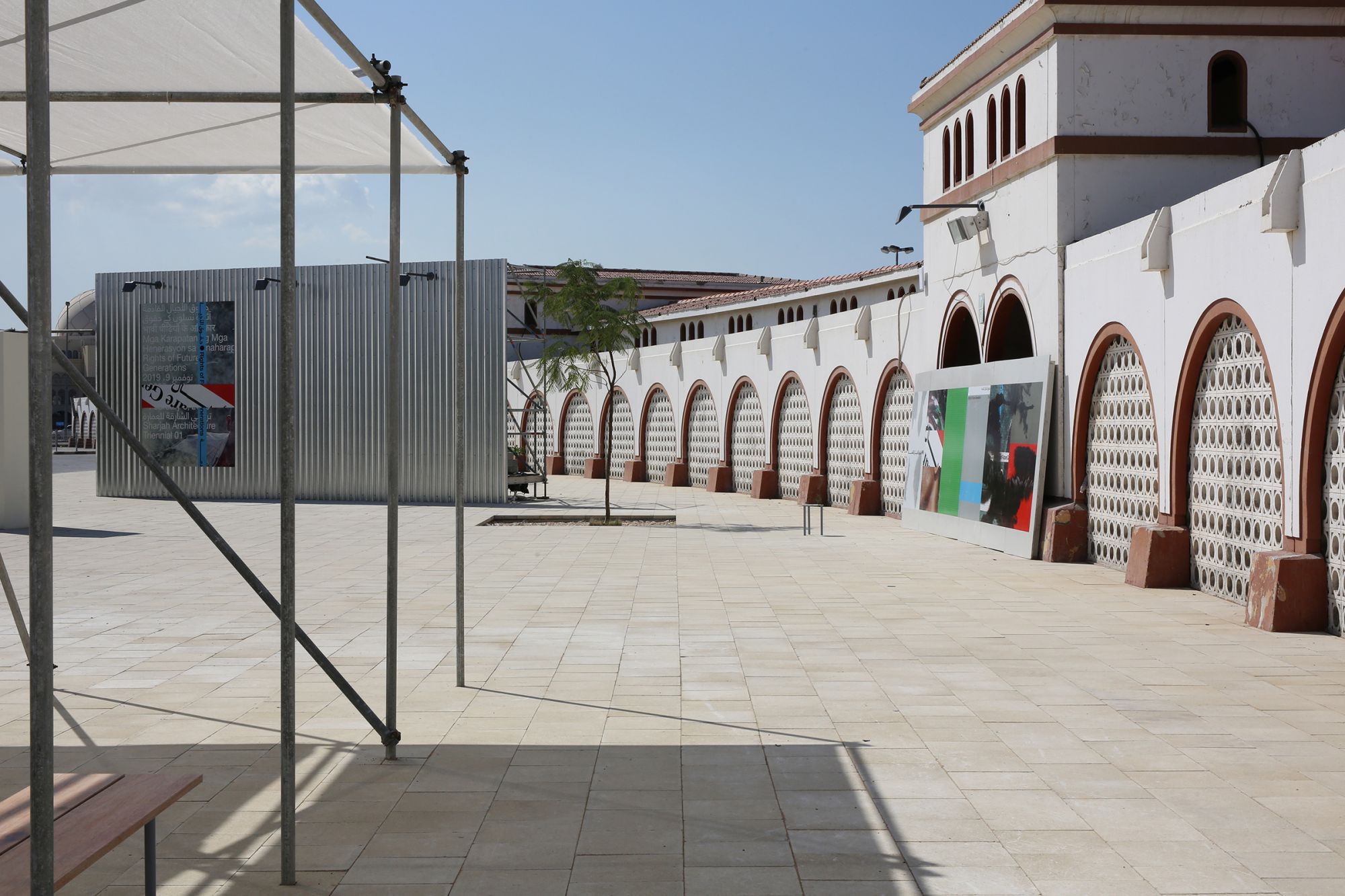 Two main elements are placed on top of this platform. A vertical screen acts as backdrop for night time screenings and performances and draws a deep shadow in the afternoon of winter time. A horizontal screen with tables and benches gives shade during the entire day. Plants, benches and stools populate this public outdoor room. Existing trees have been swallowed by the platform while the high edge around the trees is articulated as sunken seating islands that give space to gather under the shade. 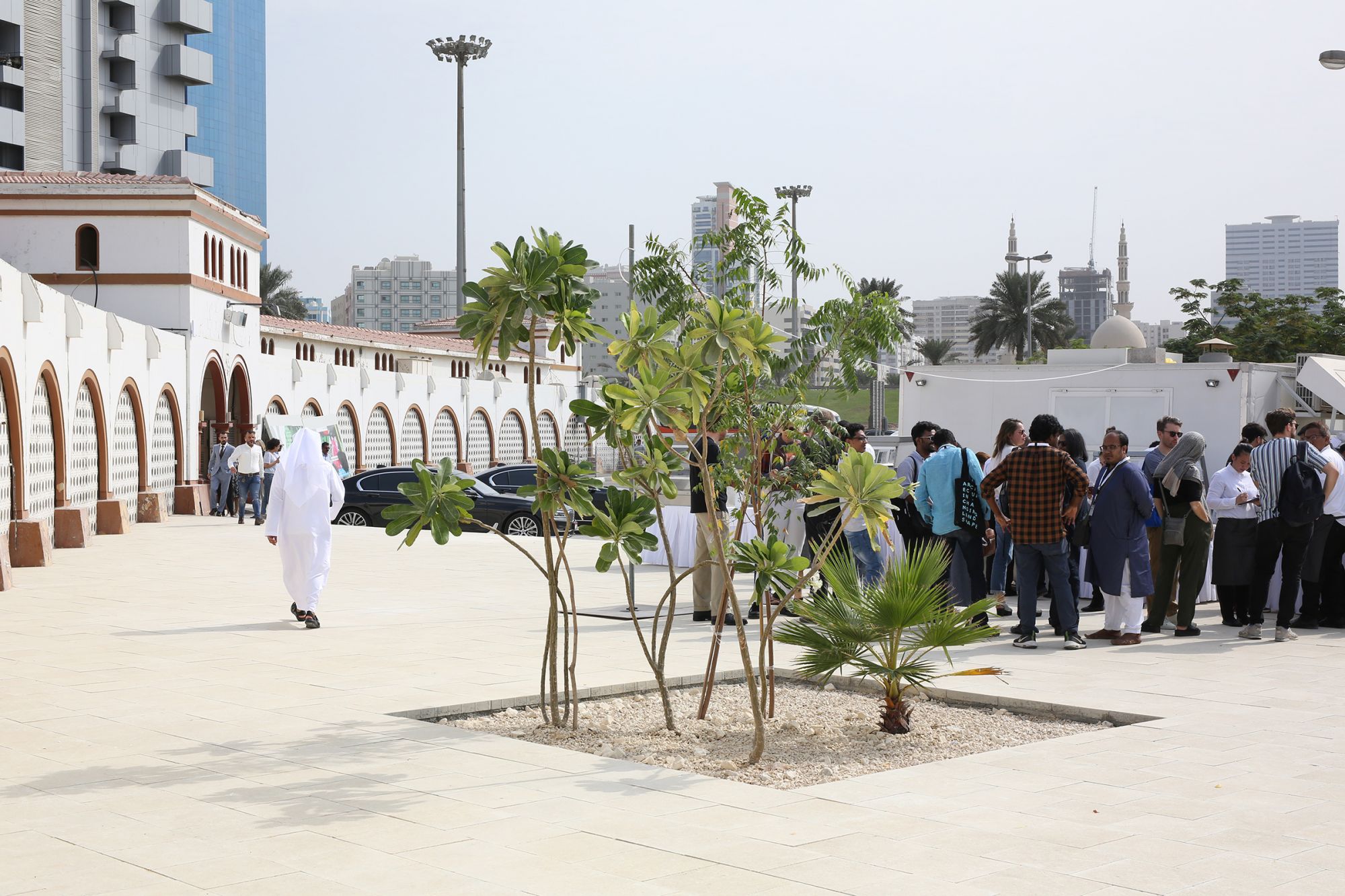 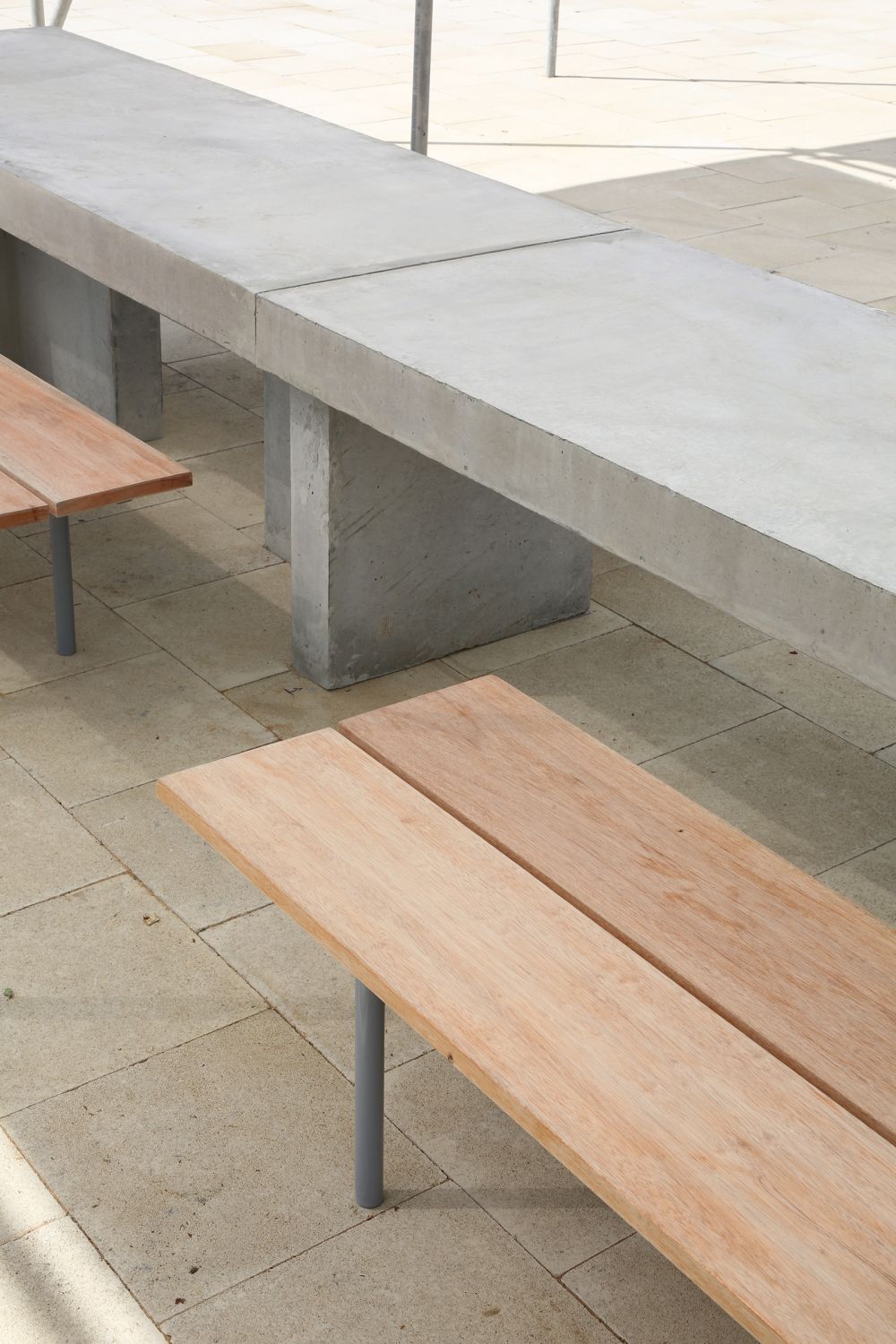 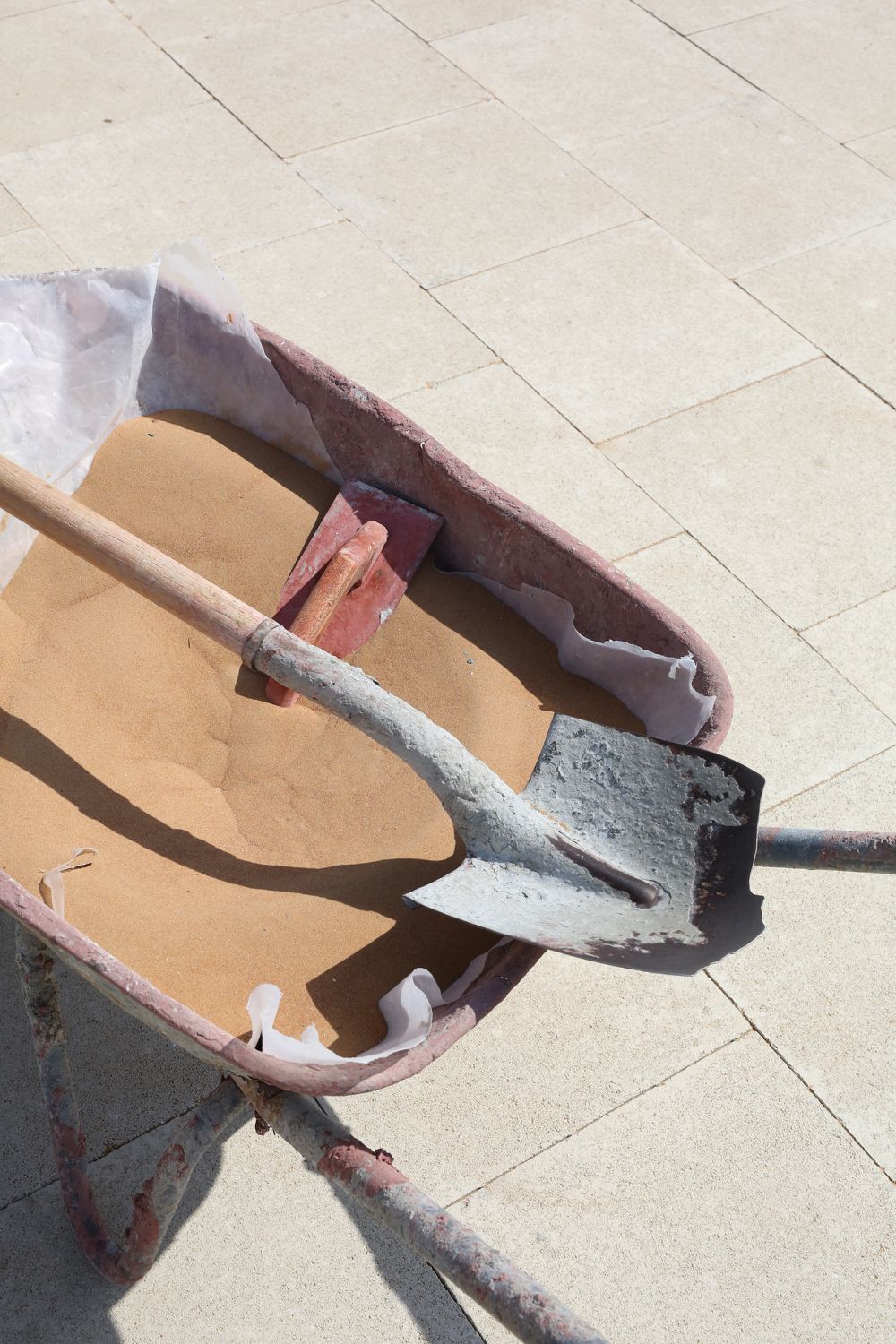 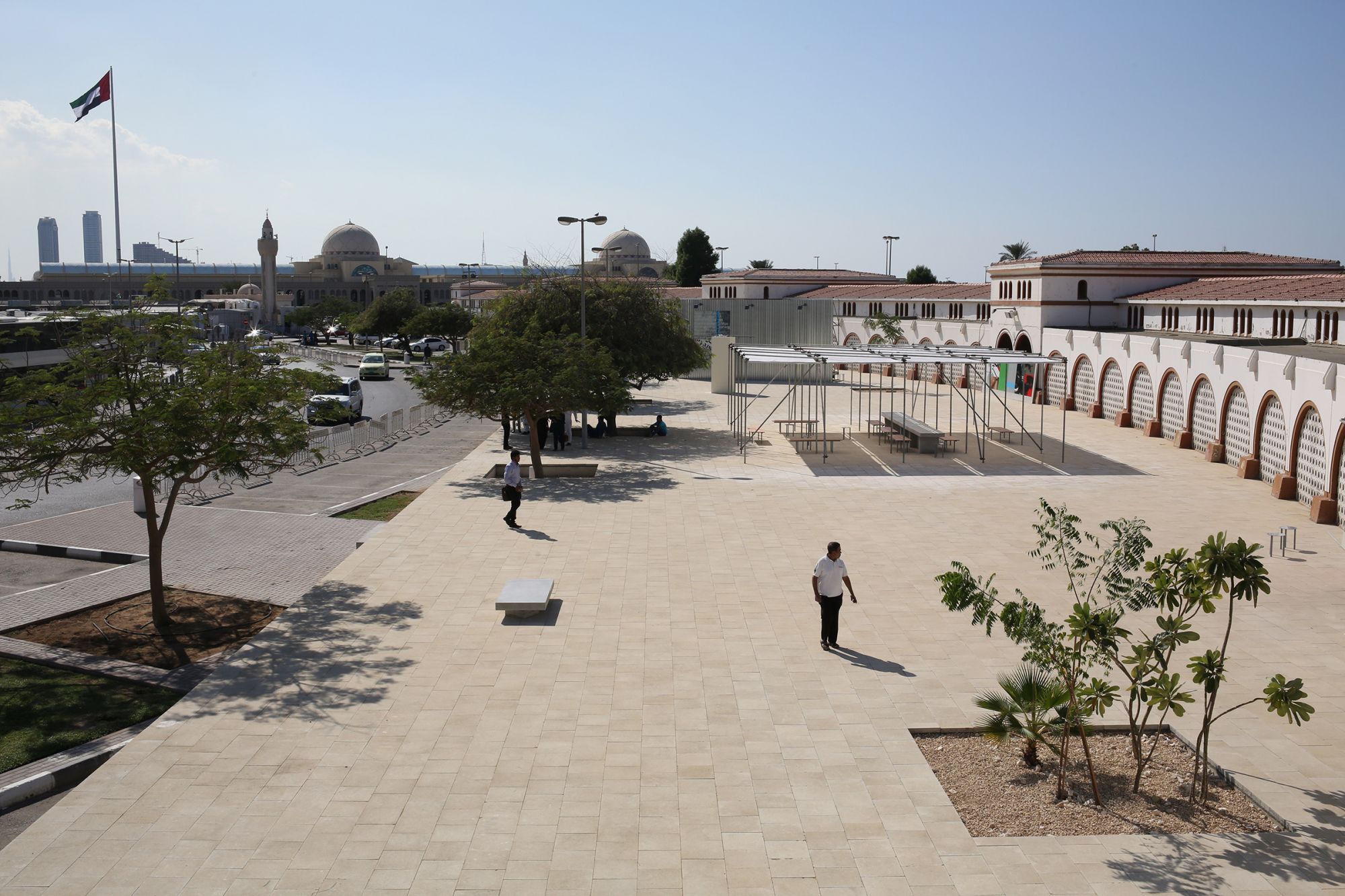 The standard concrete pavers will be reused for paving by the Sharjah Roads & Transport Authority once the structure is dismantled. The rubble will be recycled and reused by Beeah, one of the main partners of the Triennale. The scaffolding structures will be dismantled and reused in other locations. 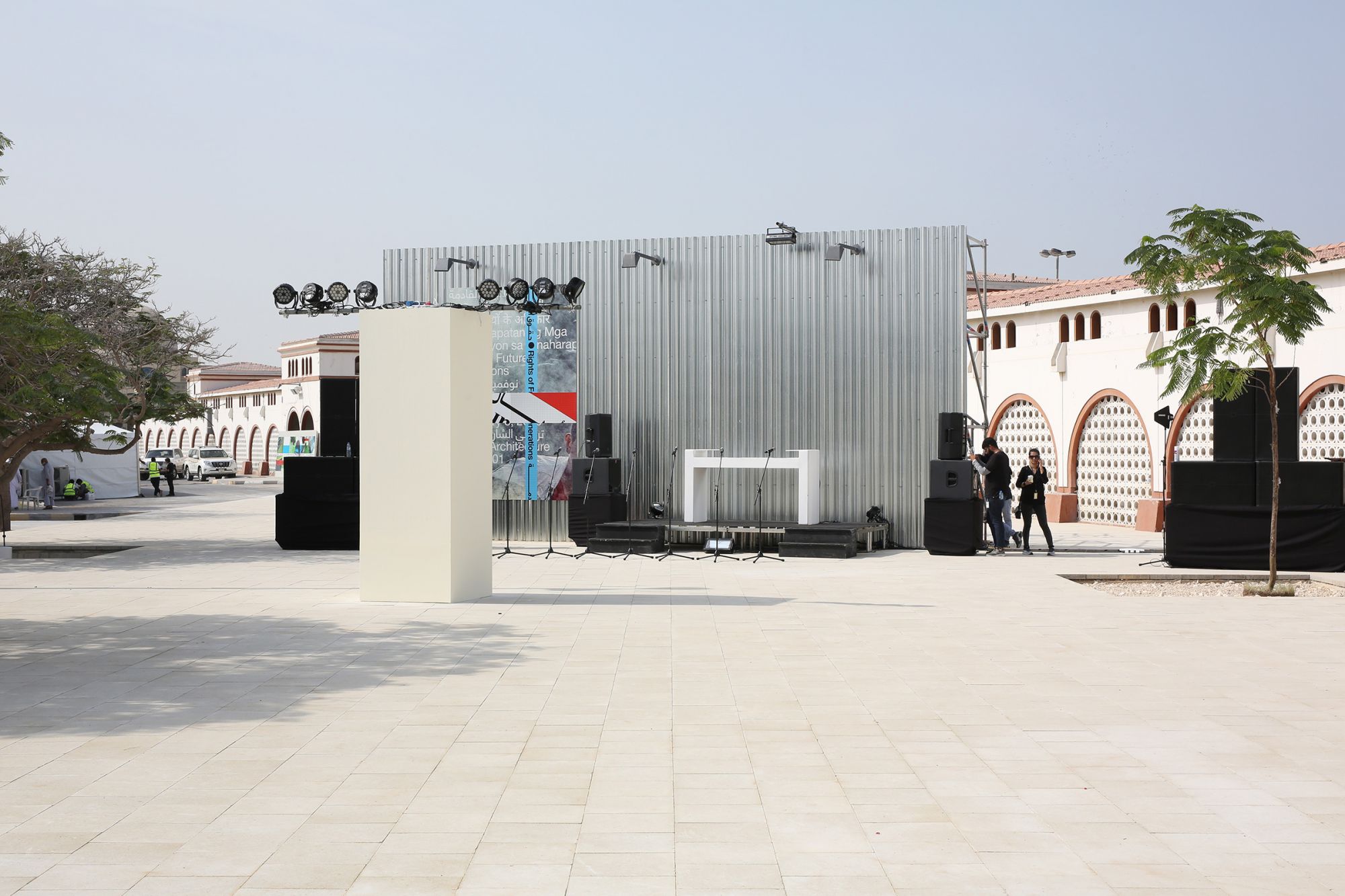 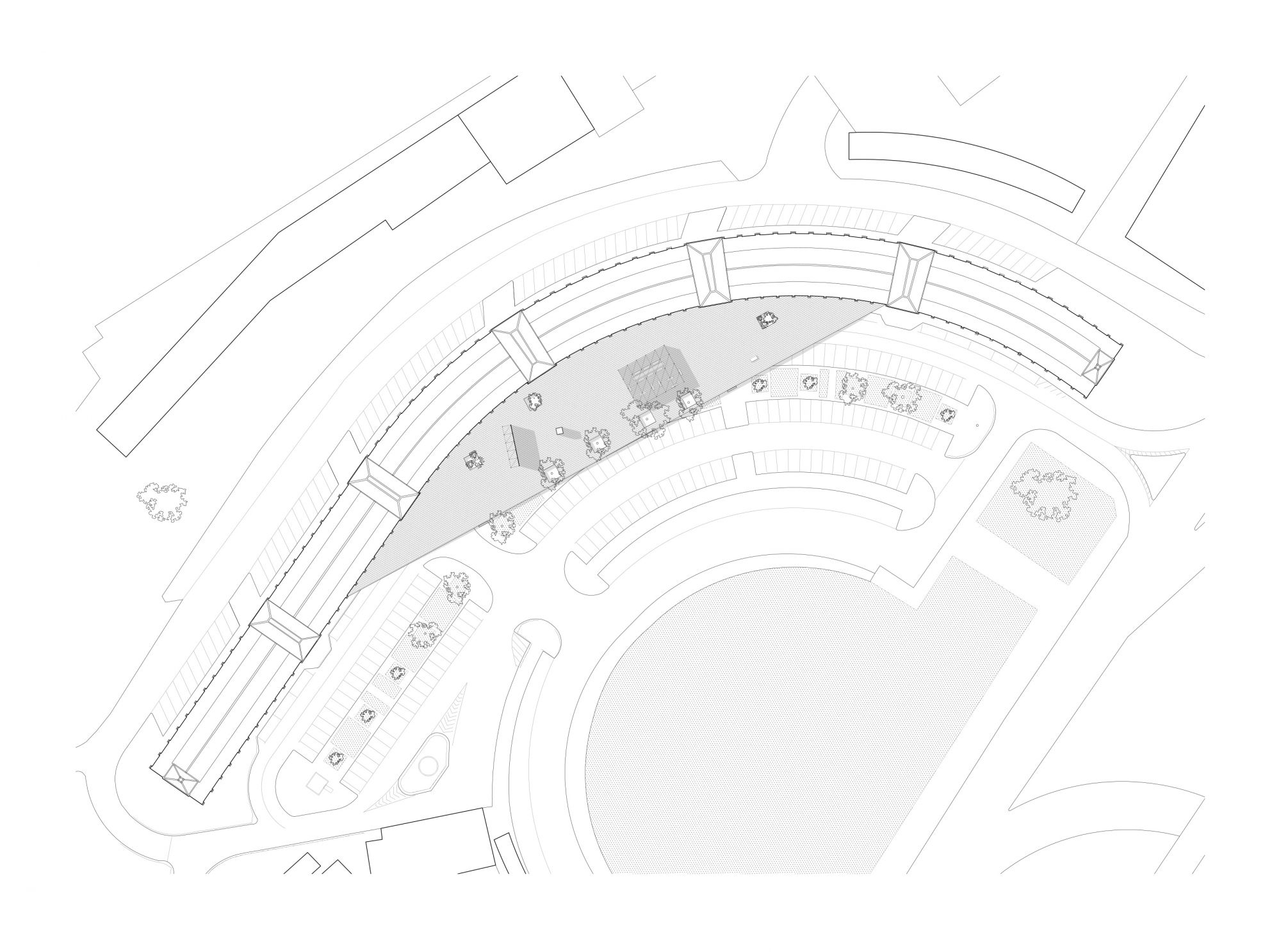 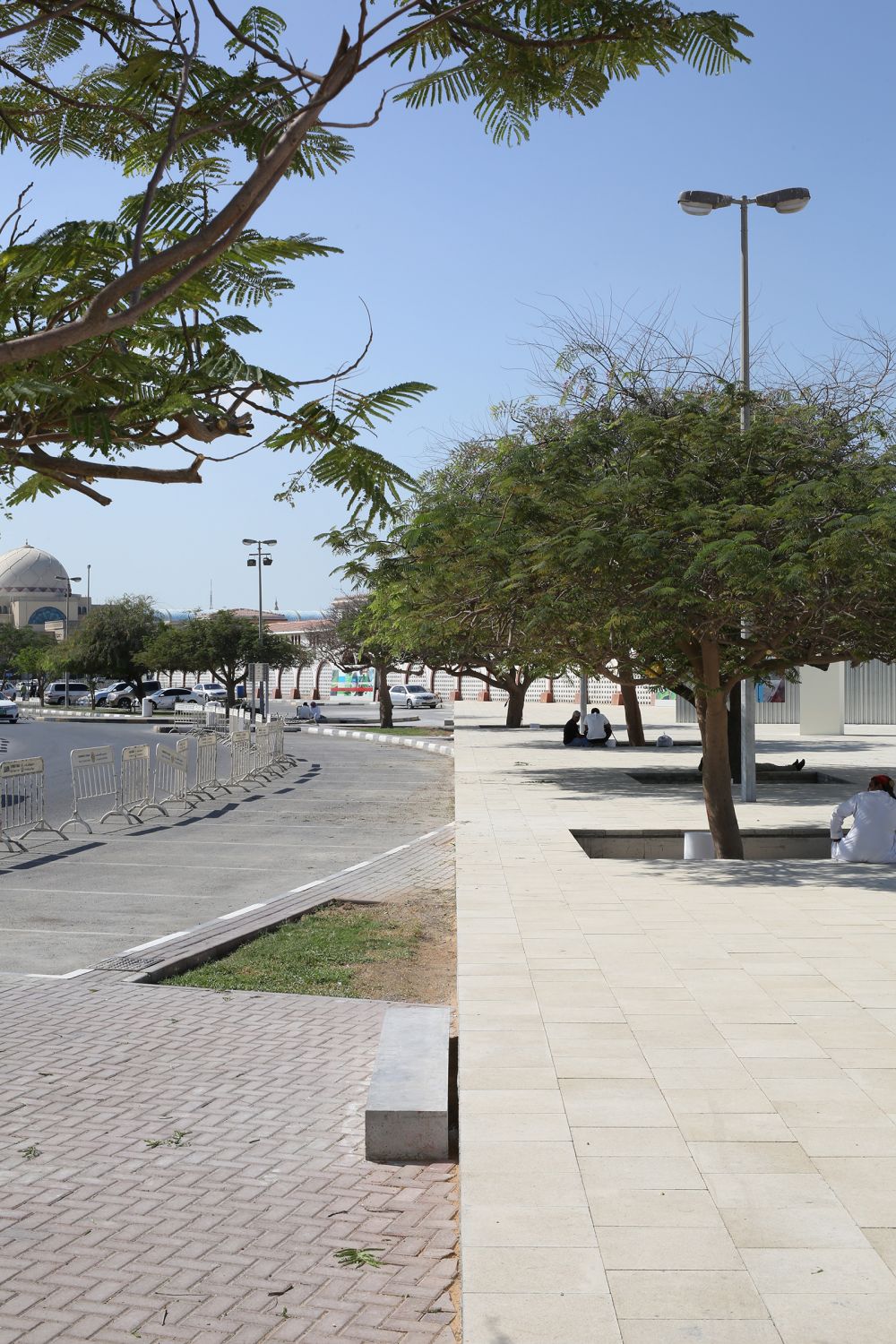 The level difference between the existing parking surface and the new platform created a 145m long bench facing the Al Jubail Bus Station. 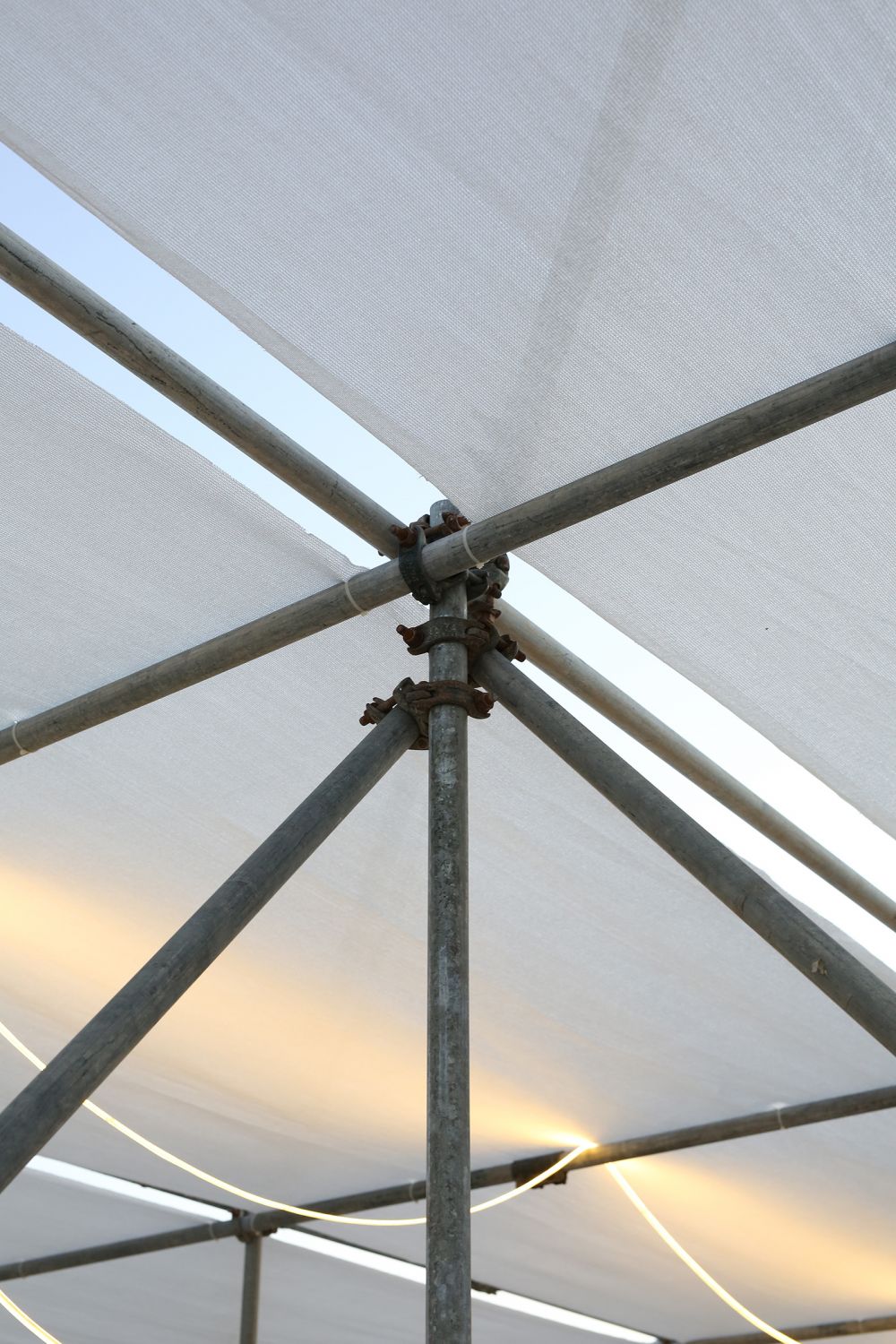 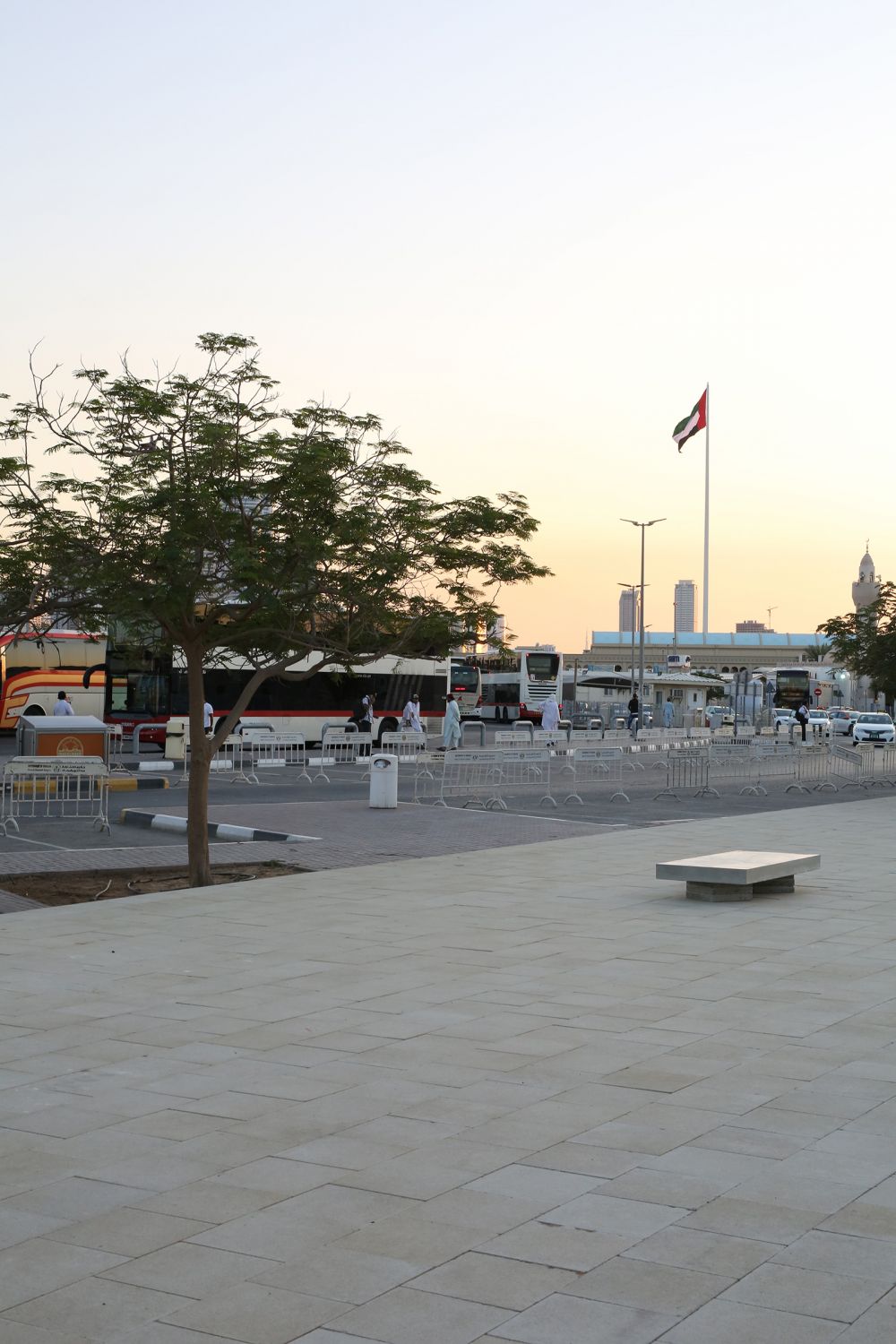 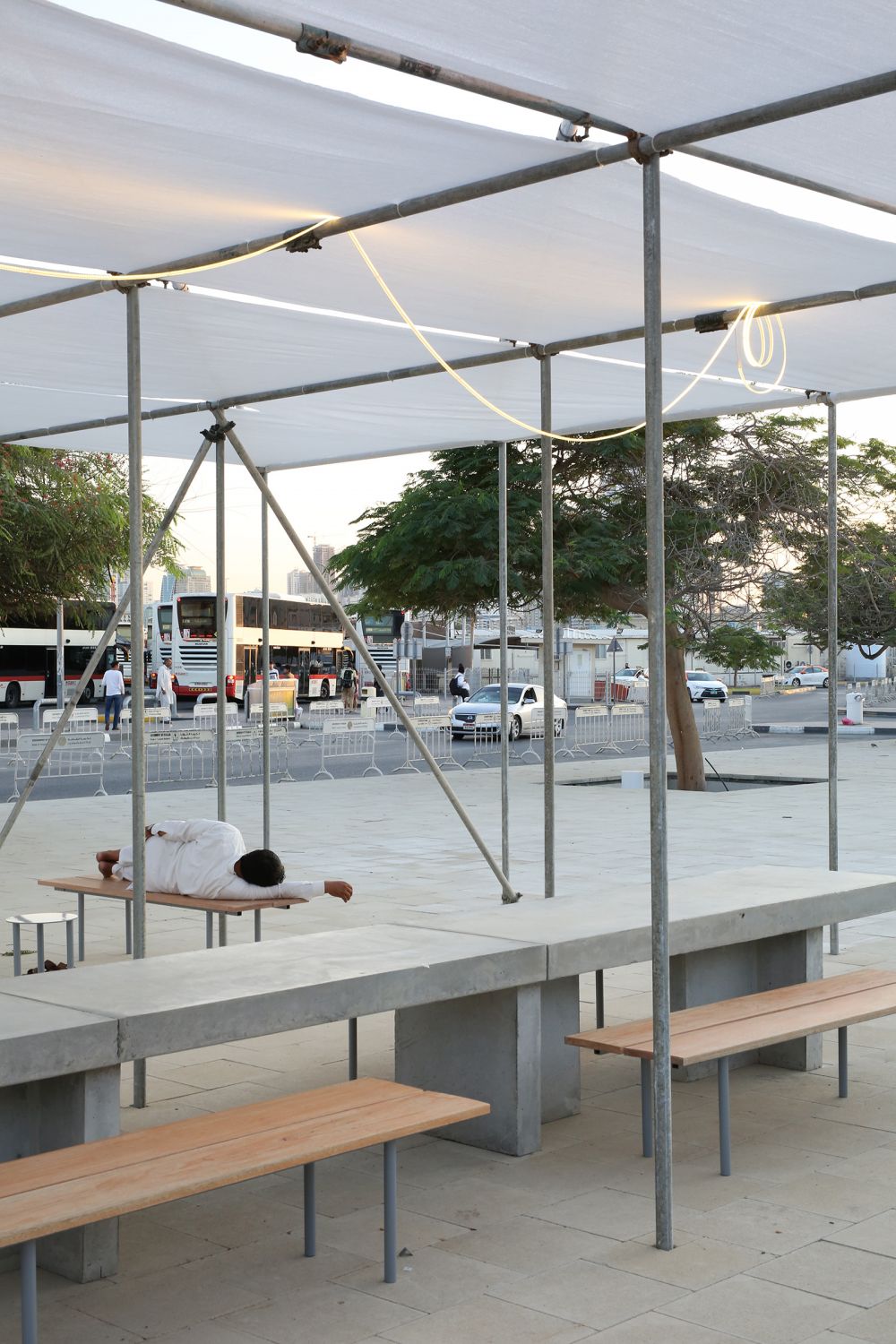 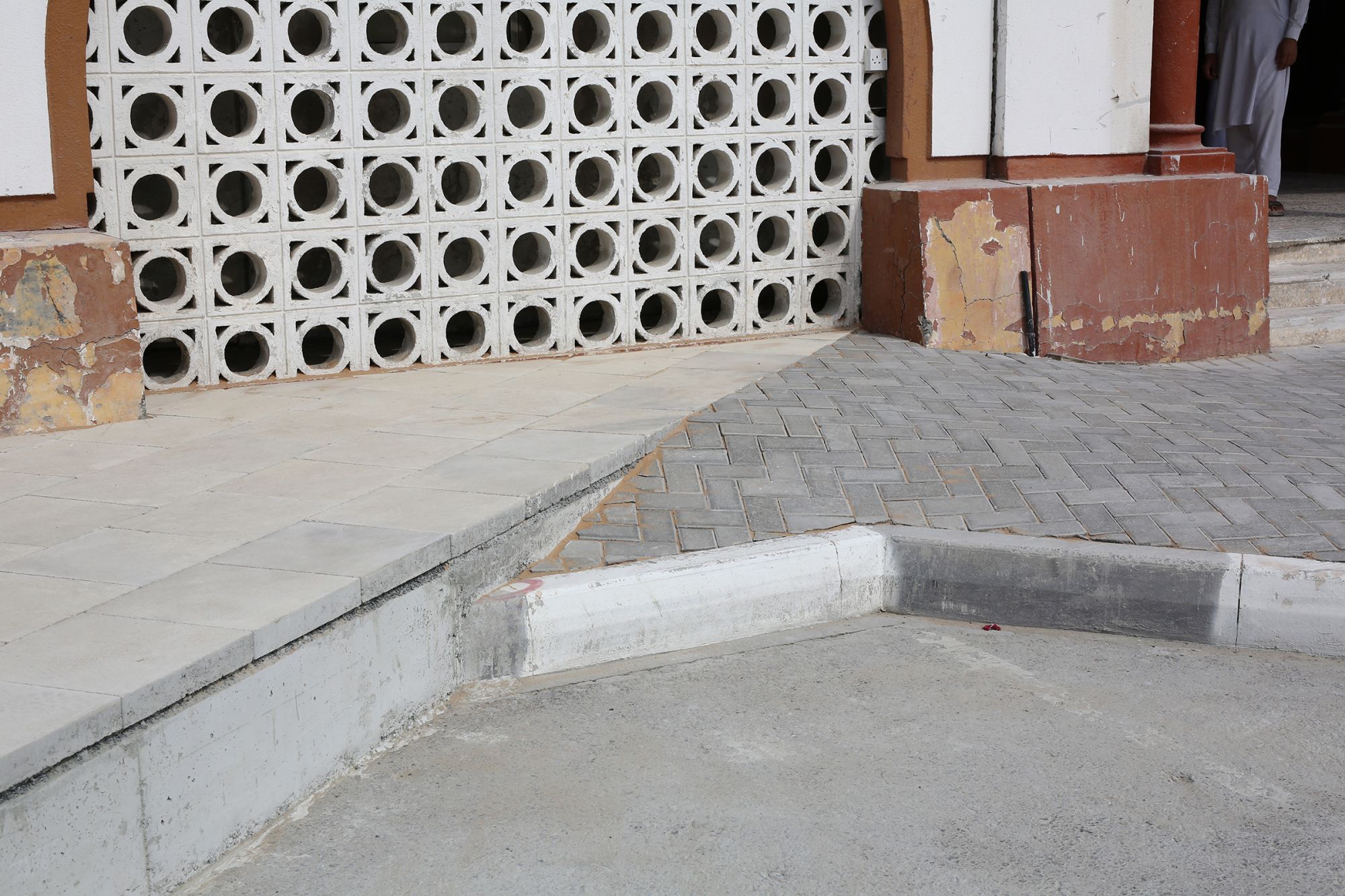 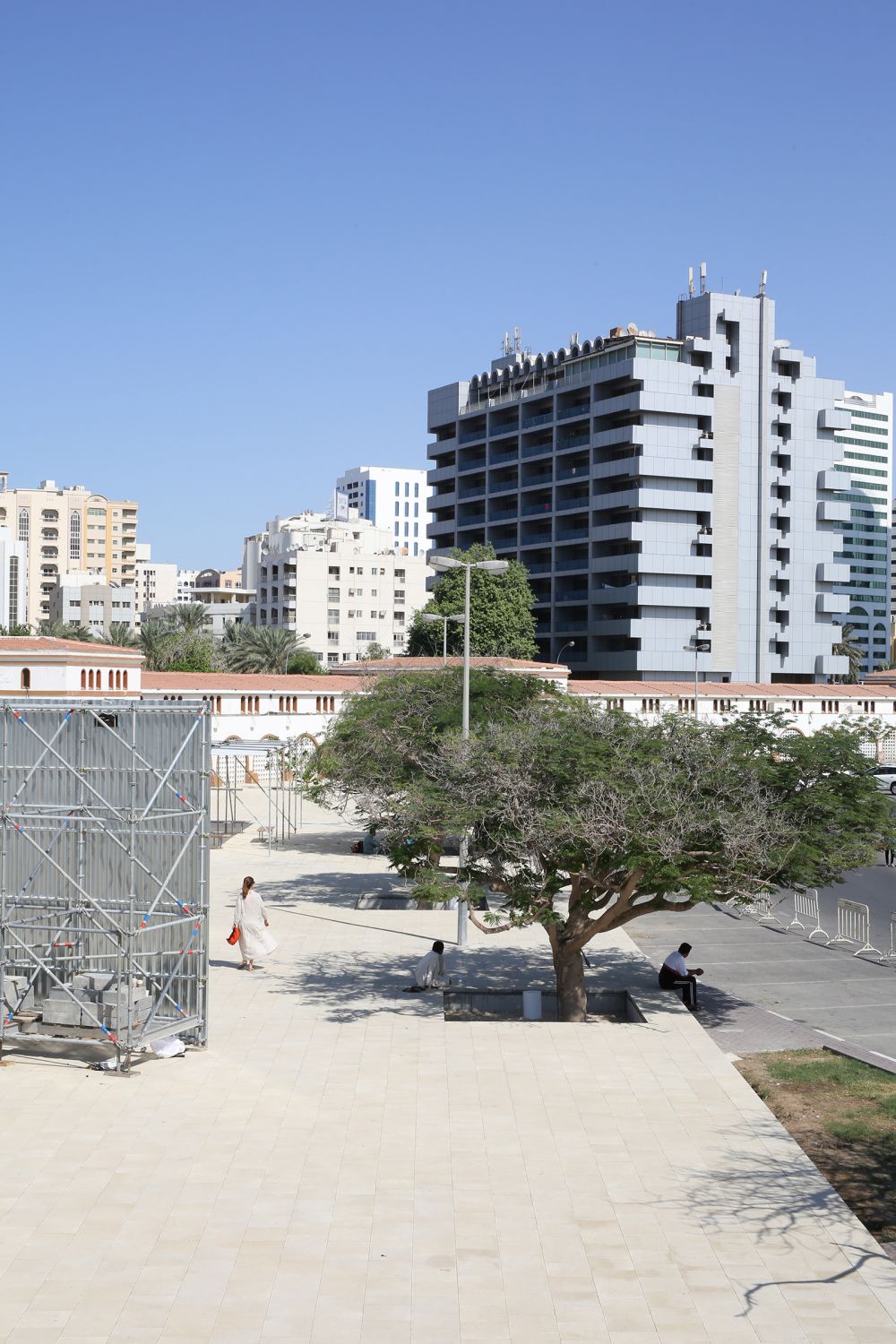 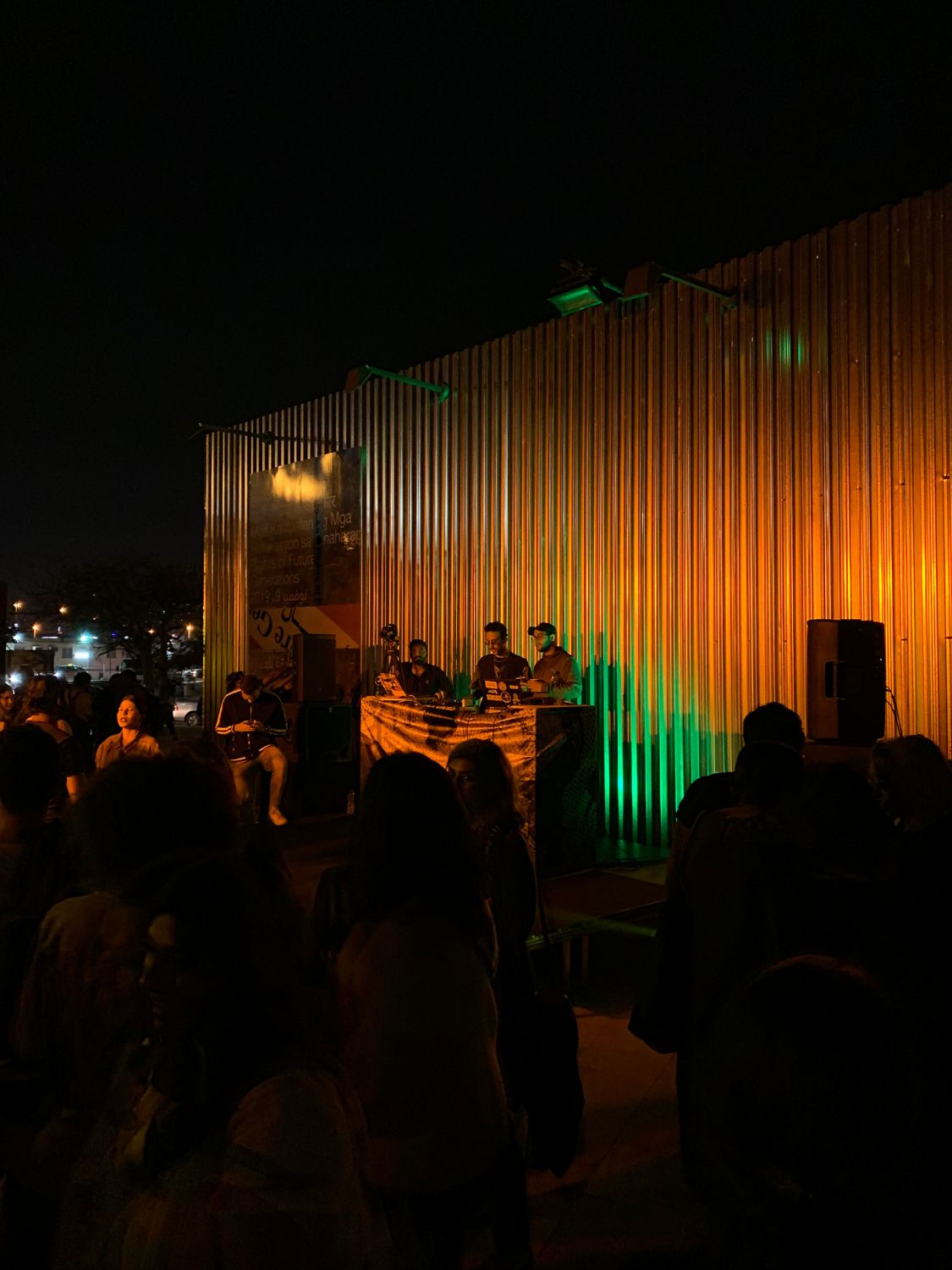 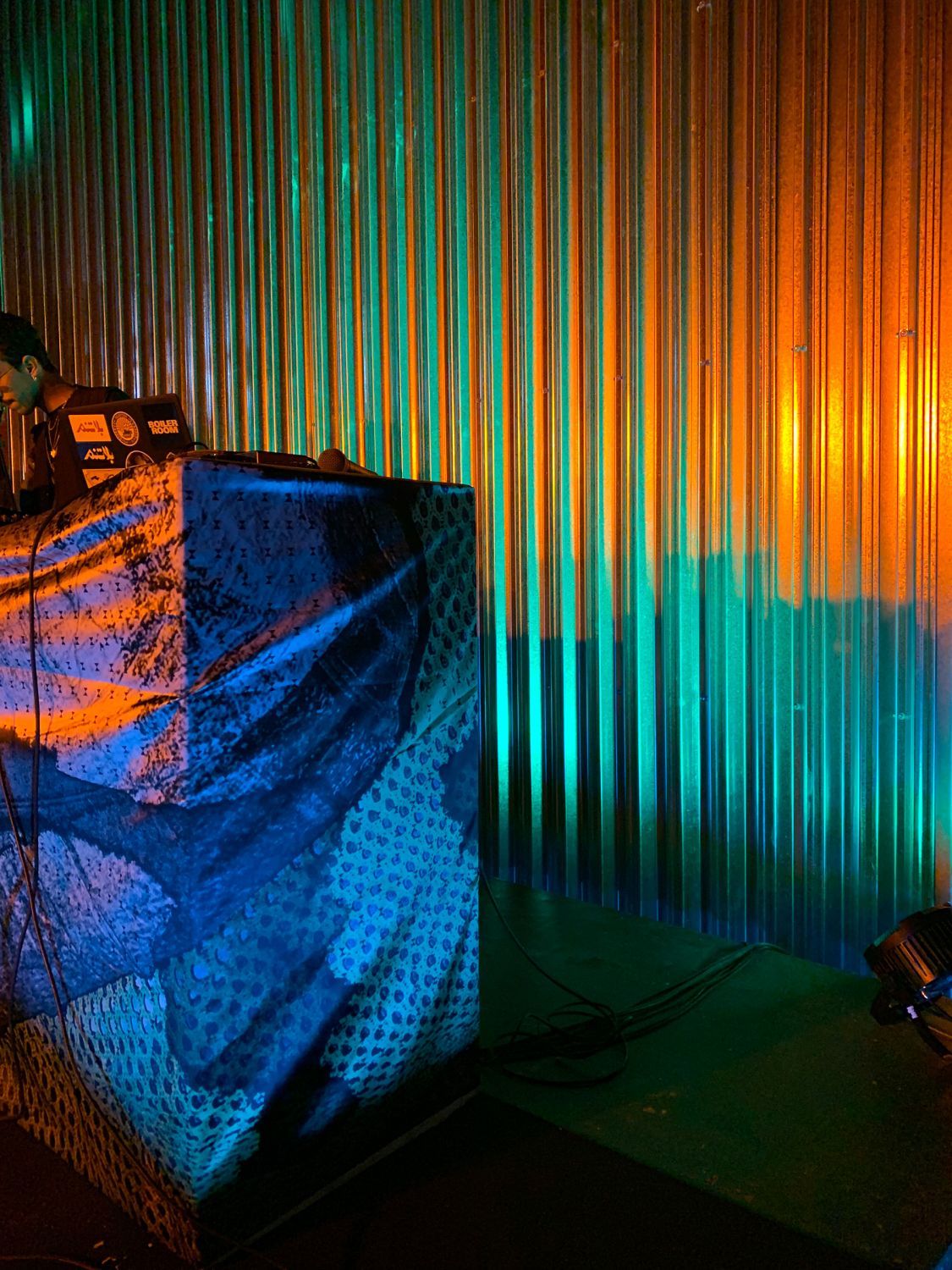